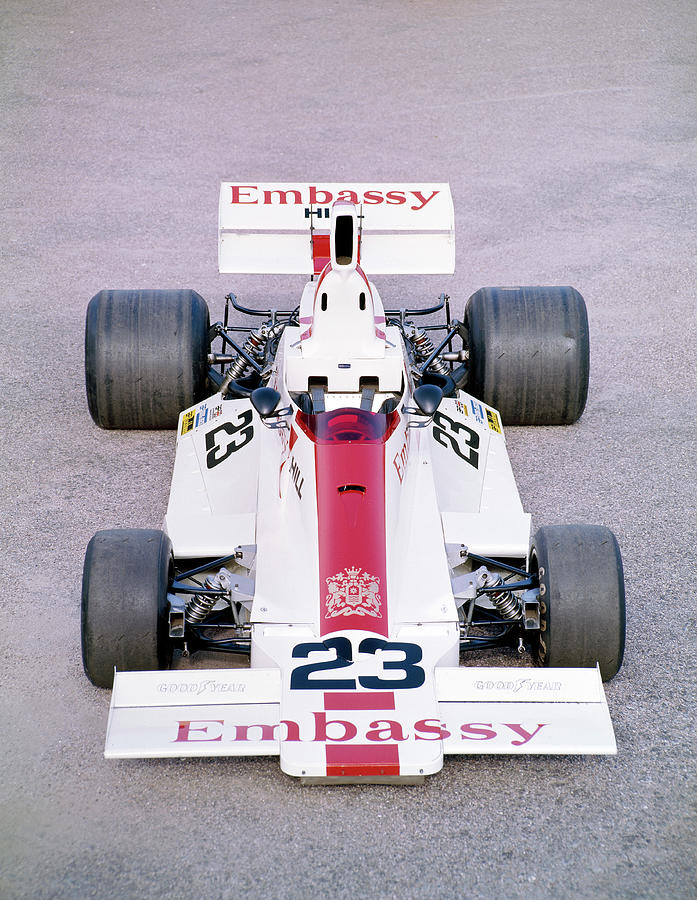 1975 Embassy Hill GH2 Formula 1 racing car. Twice World Drivers' Champion Graham Hill set up his own team to compete in Formula 1 in 1973. The cars entered for the 1975 season were sponsored by Embassy and powered by Ford engines. The venture was not a great success, with only 3 points being secured. This car, the GH2, was never raced. It had been produced with the 1976 season in mind, with a schedule of winter testing prepared. However, when Graham Hill, team driver Tony Brise, designer Andy Smallman and three others were killed in a plane crash in November 1975, the team closed down. (Photo by National Motor Museum/Heritage Images/Getty Images)