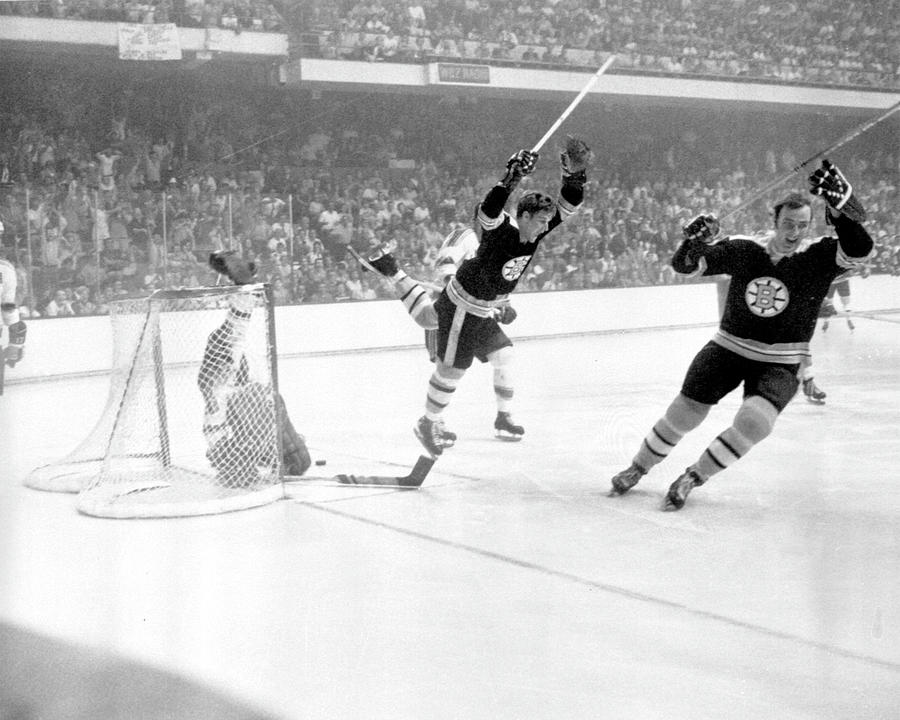 BOSTON, MA - MAY 10: Bobby Orr #4 of the Boston Bruins flies through the air after sliding the puck past goalie Glenn Hall and tripped by Noel Picard of the St. Louis Blues as Orr scored the game winning overtime goal during Game 4 of the 1970 Stanley Cup Finals on May 10, 1970 at the Boston Garden in Boston, Massachusetts. The Bruins defeated the Blues 4-3 and won the series 4-0. (Photo by Bruce Bennett Studios/Getty Images)