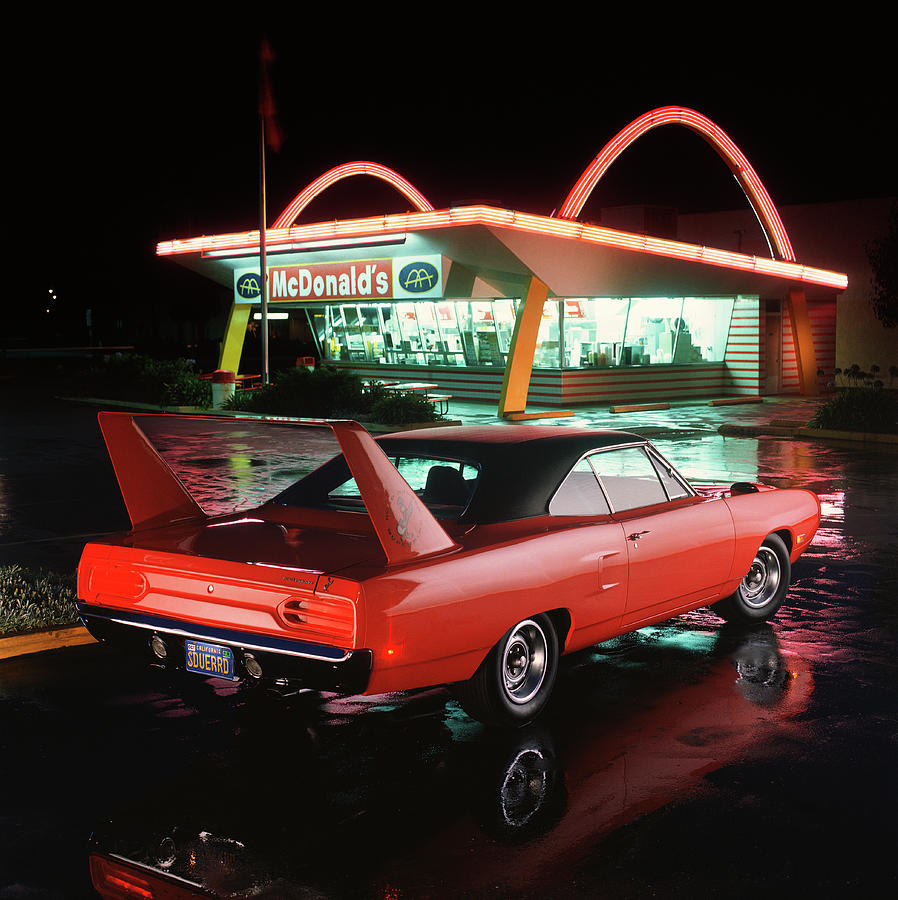 There may be no more flagrant a speed-demon car ever built than this 1970 Plymouth Superbird. This is a street-legal racecar that was mass-produced only to meet NASCAR requirements for a production vehicle. Less than 2000 Superbirds were made and only a few were sold to us mere mortals on the streets. Like an architectural version of the Superbird's spoiler are the wild golden arches of this McDonald's Restaurant in Downey CA. One of the few original surviving examples of the burger franchise that would come to dominate the world this McDonald's has remained intact since 1953. It's a reminder of the days when the golden arches played a structural role as roof supports guaranteed to catch the eyes and appetites of passing motorists.

I am very interested in a large version of this fantastic shot. Wanted to inquire if this is available with the "Plymouth" decal on the rear fender, which was included as part of the actual vehicle. Thank you.