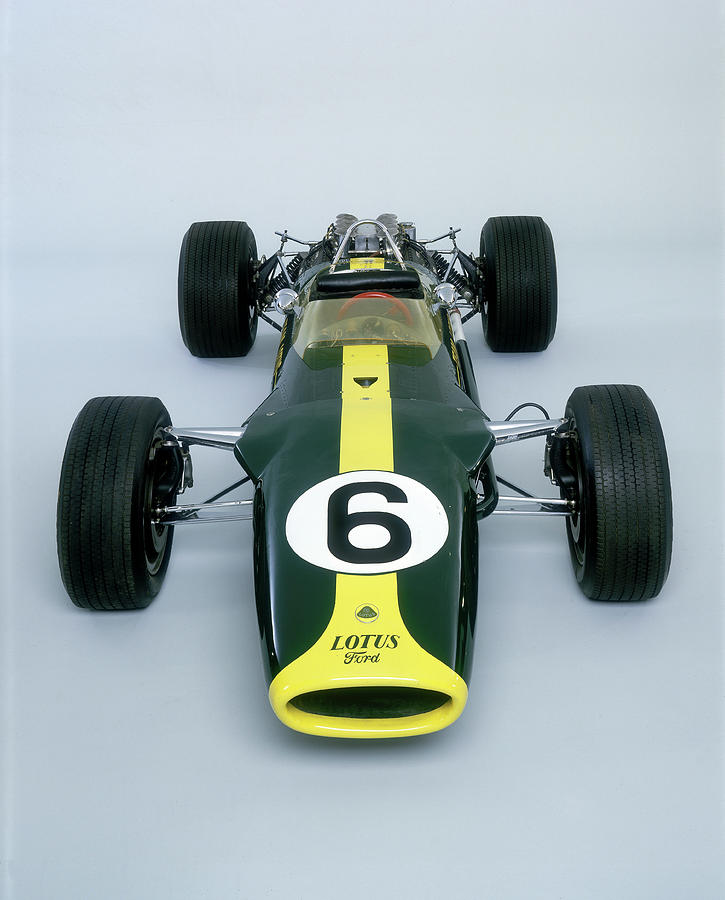 1967 Lotus 49 CR3. The Lotus 49 was introduced during the 1967 Grand Prix season. Its truncated monocoque chassis was the first to use the legendary Ford-Cosworth DFV (Double Four Valve) engine. Twelve cars were built, though chassis R3 has some unique modifications. The sole surviving 1967 team car, it was built overnight on the eve of the British Grand Prix for Graham Hill, and used by him for the rest of the season. Following the South African Grand Prix of 1968, the car was sold and raced there for many years. (Photo by National Motor Museum/Heritage Images/Getty Images)