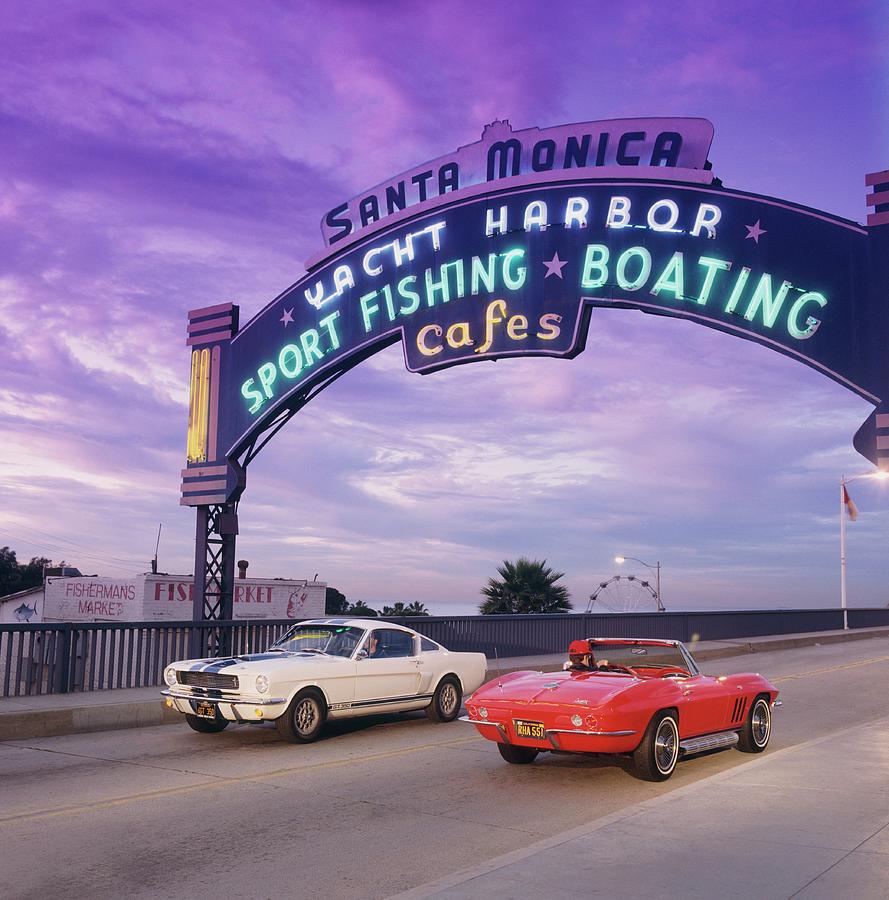 The sleek, provocative Chevrolet Corvette Sting Ray Roadster received a big power boost in 1966 when Chevrolet presented the 427 cid V-8 engine in two different versions; either 390 or 425 horsepower. All that power made fuel injection superfluous, and 1966 marks the first year fuel injection was not offered as a Corvette option. The Ford Mustang found new competition when its cousin, the sensationally powerful Shelby GT-350, was introduced. This 1966 model, the second year of Shelby production, has a 306 horsepower engine that easily dusted the standard high performance Mustang engine with 271 horsepower. The GT-350 got its start when Lee Iacocca called upon Carroll Shelby to create a car that would be capable of defeating the dominant small block Corvettes on the S.C.C.A. racing circuit. Santa Monica Pier, just two blocks south of the official Route 66 terminus (at Santa Monica Boulevard and Ocean Avenue) represents the end of the line. Santa Monica was settled in 1875 and promoted as an oceanside resort. At that time, it would take all day to ride the stagecoach from downtown L.A. to the shore. Nowadays, depending on the traffic, it could still take you all day. The Santa Monica Pier offers a variety of attractions, including a lovingly restored 1922 Carousel, still twirling to the sounds of an old Wurlitzer.