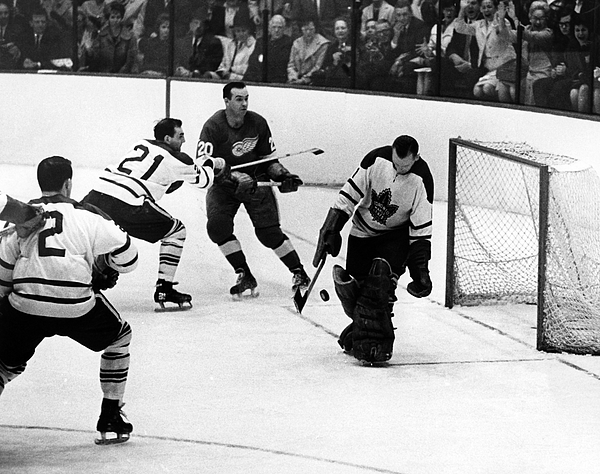 TORONTO, ON - APRIL 23: Goalie Johnny Bower #1 of the Toronto Maple Leafs makes the save as his teammates Bobby Baun #21 and Carl Brewer #2 box out Paker MacDonald #20 of the Detroit Red Wings during Game 6 of the 1964 Stanley Cup Finals on April 23, 1964 at the Detroit Olympia Stadium in Detroit, Michigan. (Photo by B Bennett/Getty Images)