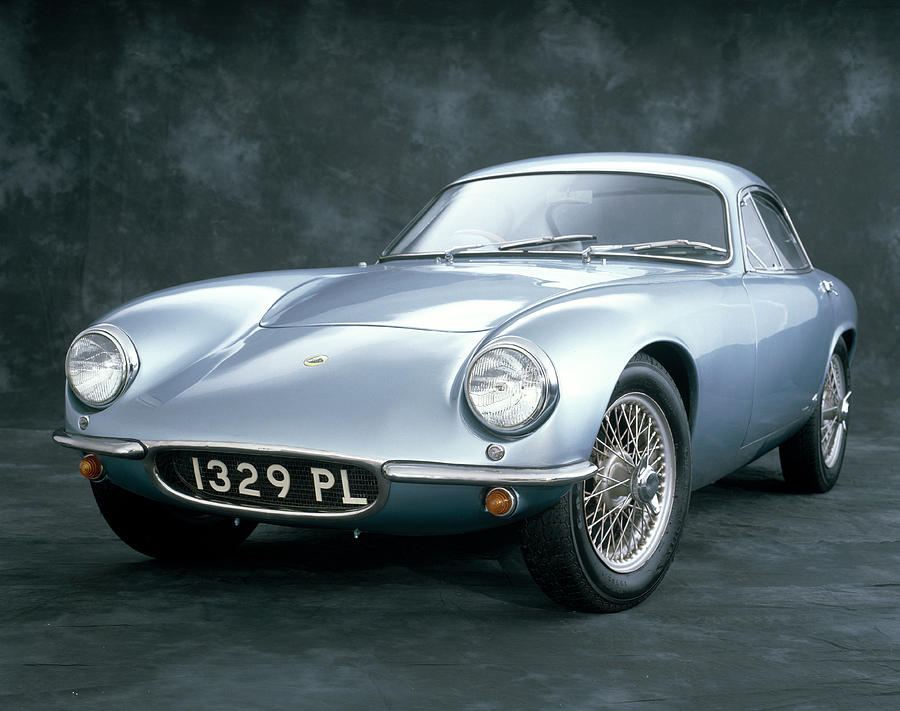 1962 Lotus Elite car. The Elite was Colin Chapman's first closed Lotus and was the first car to use fibreglass as a major structural element. At that time, it was the only British sportscar with the Coventry Climax FWE overhead camshaft engine, disc brakes on all four wheels and fully independent suspension. Elites finished first and second in their class at Le Mans in 1960 and had many other sporting victories. (Photo by National Motor Museum/Heritage Images/Getty Images)