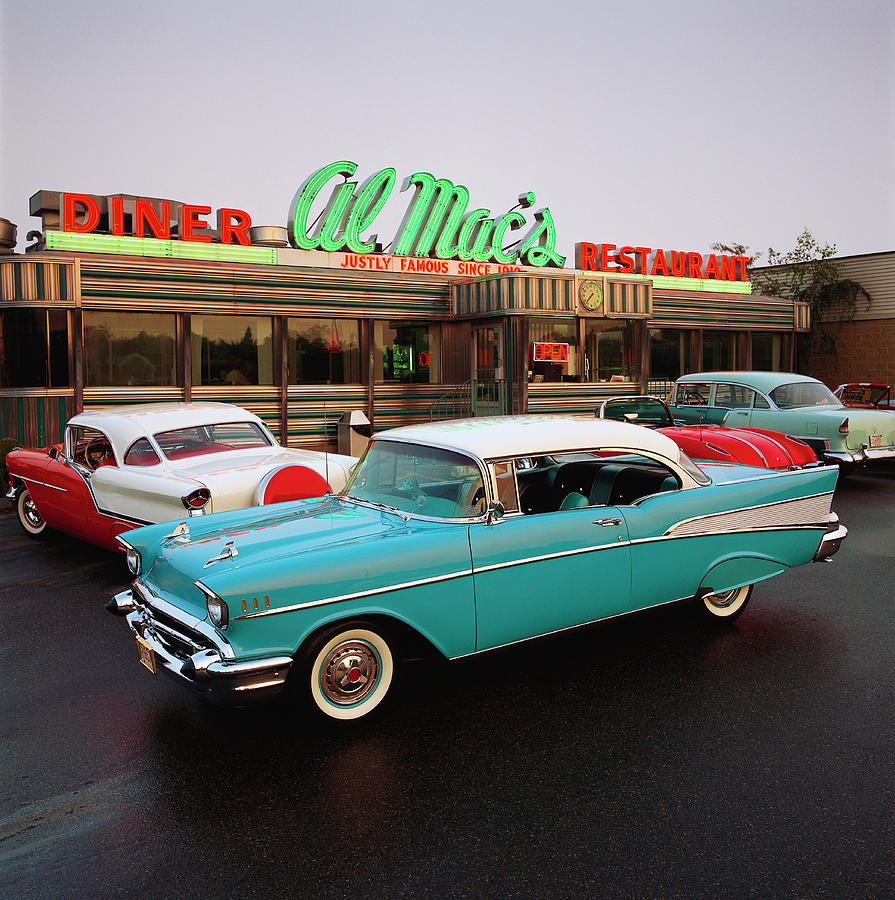 In the early 1950's Chevrolet set out to transform itself. Chief GM designer Harley Earl appointed Edward Cole as head of Chevrolet's design department with the dictum Go all the way, then back off. Success quickly followed with the introduction of the Corvette in 1953, but it was the debut of the 1955 Chevrolet Bel Air with the landmark V-8 engine that kicked off a golden age in Chevrolet's history. The new Bel Air styling and engineering combined to create a winning package in the 1955, '56, and 57 model years, today regarded as the Classic Chevys. From 1955 through 1957, Chevrolet incrementally refined its prized tail fin. The result is a restrained purity of form that made the 1957 Chevrolet Bel Air the quintessential 1950's car for many Americans.