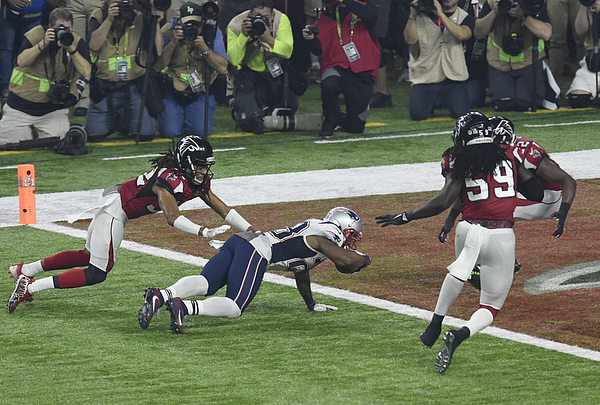 HOUSTON, TX - FEBRUARY 05: James White #28 of the New England Patriots scores getting past Jalen Collins #32 of the Atlanta Falcons during Super Bowl 51 at NRG Stadium on February 5, 2017 in Houston, Texas. The Patriots defeat the Atlanta Falcons 34-28 in overtime. (Photo by Focus on Sport/Getty Images)