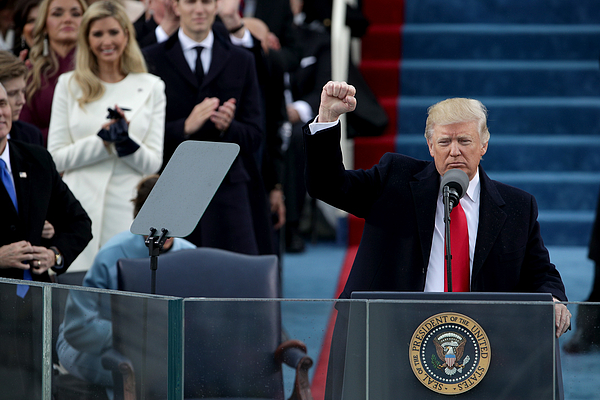 WASHINGTON, DC - JANUARY 20: President Donald Trump raises a fist after his inauguration on the West Front of the U.S. Capitol on January 20, 2017 in Washington, DC. In today's inauguration ceremony Donald J. Trump becomes the 45th president of the United States. (Photo by Alex Wong/Getty Images)