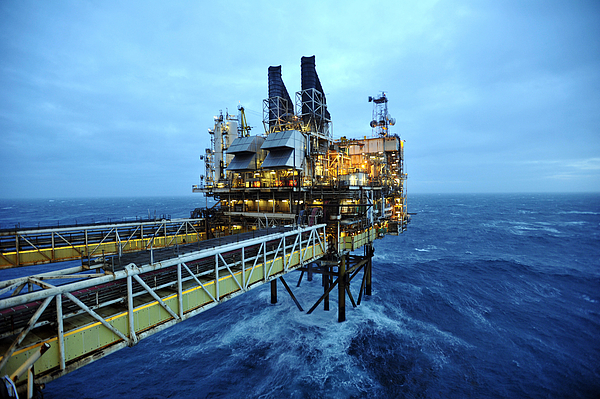 AT SEA - FEBRUARY 24: A general view of the BP ETAP (Eastern Trough Area Project) oil platform in the North Sea on February 24, 2014, around 100 miles east of Aberdeen, Scotland. The British cabinet will meet in Scotland for only the third time in history to announce plans for the country's oil industry, which it warns will decline if Scots vote for independence. The fate of North Sea oil revenues will be a key issue ahead of the September 18 referendum to decide whether Scotland will end its 300-year-old union with England, and is expected to be the focus of Prime Minister David Cameron's cabinet meeting. (Photo by Andy Buchanan - WPA Pool/Getty Images)