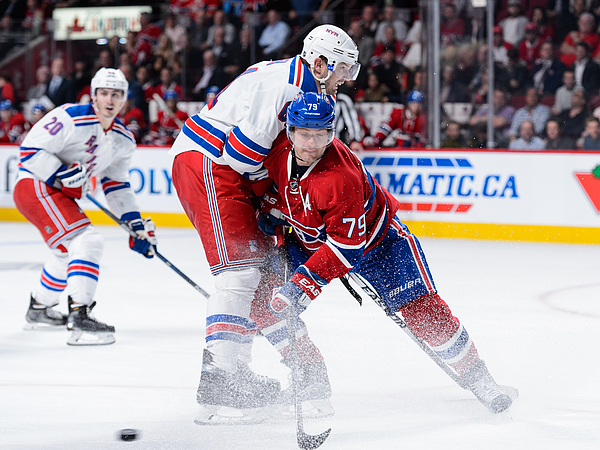 MONTREAL, QC - OCTOBER 15: Andrei Markov #79 of the Montreal Canadiens defends against Rick Nash #61 of the New York Rangers during the NHL game at the Bell Centre on October 15, 2015 in Montreal, Quebec, Canada. The Canadiens defeated the Rangers 3-0 and for the first time in franchise history, the Canadiens have won five games in a row to start the season. (Photo by Minas Panagiotakis/Getty Images)