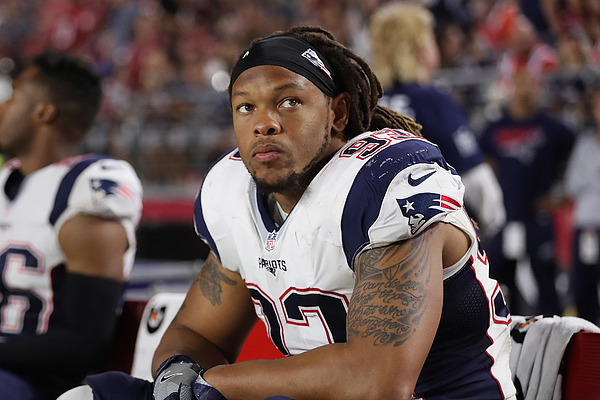 GLENDALE, AZ - SEPTEMBER 11: Defensive end Jabaal Sheard #93 of the New England Patriots on the sidelines during the NFL game against the Arizona Cardinals at the University of Phoenix Stadium on September 11, 2016 in Glendale, Arizona. The Patriots defeated the Cardinals 23-21. (Photo by Christian Petersen/Getty Images)