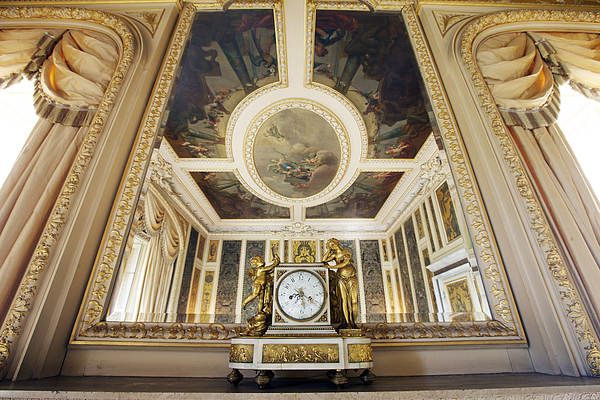 NEWBURY, ENGLAND - MARCH 15: The ceiling of the music room is reflected in the mirror in Highclere Castle on March 15, 2011 in Newbury, England. Highclere Castle has been the ancestral home of the Carnarvon family since 1679. It has recently been made famous as the setting for the hugely popular ITV series Downton Abbey starring Hugh Bonneville, Maggie Smith and Elizabeth McGovern. The first series ran in 2010 and due to its global ratings ITV have confirmed a second series will be screened in 2011. (Photo by Matthew Lloyd/Getty Images)