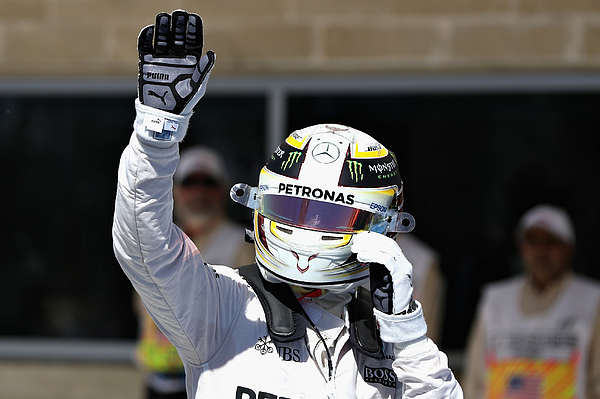 AUSTIN, TX - OCTOBER 22: Lewis Hamilton of Great Britain and Mercedes GP waves to the crowd after qualifying in pole position during qualifying for the United States Formula One Grand Prix at Circuit of The Americas on October 22, 2016 in Austin, United States. (Photo by Mark Thompson/Getty Images)