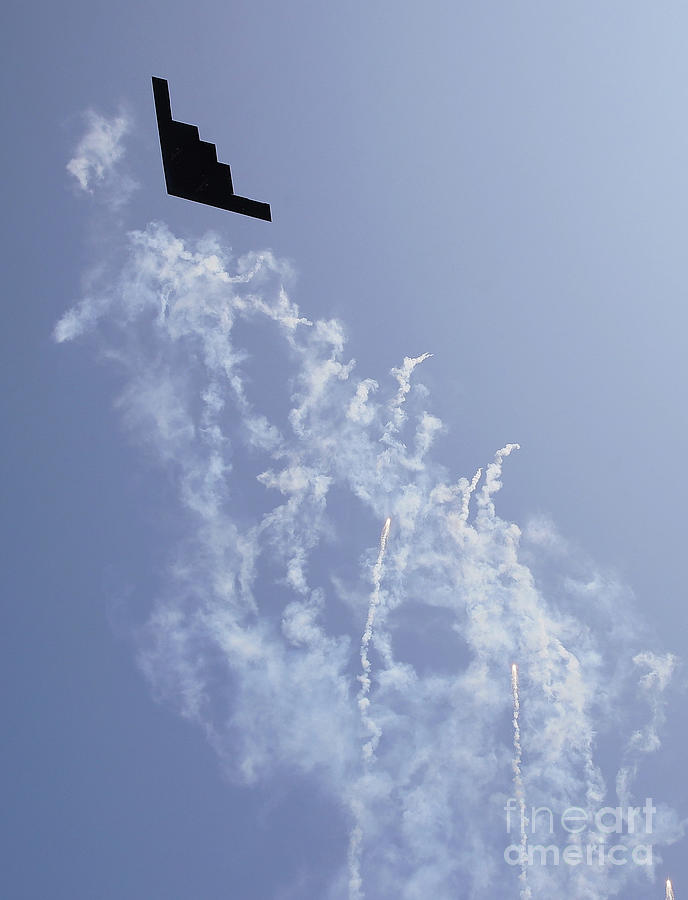 CHICAGO, IL - SEPTEMBER 10: A B-2 stealth bomber is seen during a flyover before the season opening game between the Chicago Bears and Atlanta Falcons at Soldier Field on September 10, 2017 in Chicago, Illinois. The Falcons defeated the Bears 23-17. (Photo by Jonathan Daniel/Getty Images)