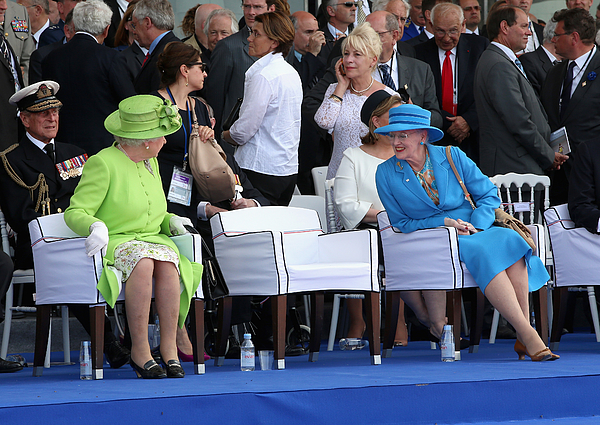 OUISTREHAM, FRANCE - JUNE 06: Queen Margarethe of Norway chats to Queen Elizabeth II at a Ceremony to Commemorate D-Day 70 on Sword Beach on June 6, 2014 in Ouistreham, France. Friday 6th June is the 70th anniversary of the D-Day landings which saw 156,000 troops from the allied countries including the United Kingdom and the United States join forces to launch an audacious attack on the beaches of Normandy, these assaults are credited with the eventual defeat of Nazi Germany. A series of events commemorating the 70th anniversary are planned for the week with many heads of state travelling to the famous beaches to pay their respects to those who lost their lives. (Photo by Chris Jackson/Getty Images)