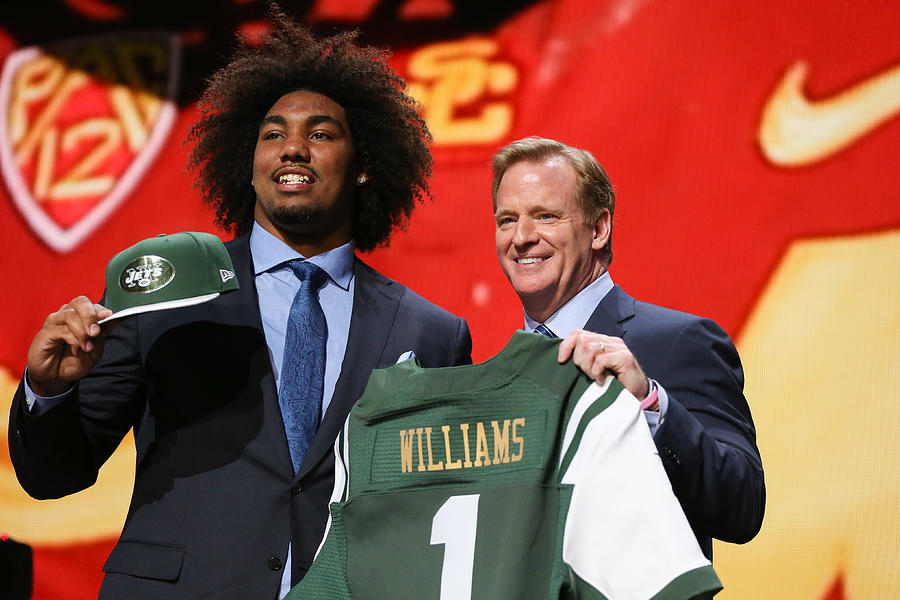 CHICAGO, IL - APRIL 30: Leonard Williams of the USC Trojans holds up a jersey with NFL Commissioner Roger Goodell after being chosen #6 overall by the New York Jets during the first round of the 2015 NFL Draft at the Auditorium Theatre of Roosevelt University on April 30, 2015 in Chicago, Illinois. (Photo by Jonathan Daniel/Getty Images)