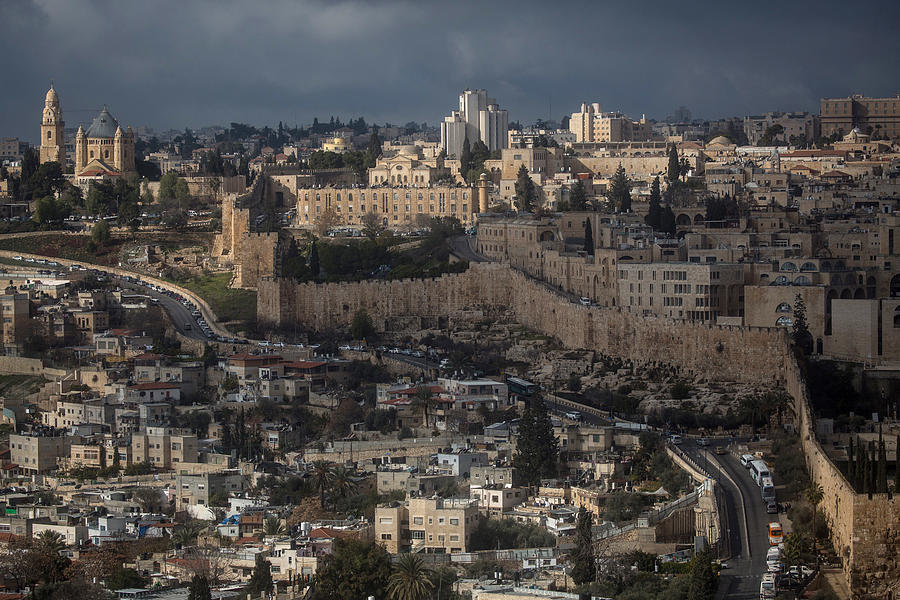 Life In Israel Across Religious Divides

Life In Israel Across Religious Divides

JERUSALEM, ISRAEL - JANUARY 13: The Old City is seen from the Mount of Olives on January 13, 2017 in Jerusalem, Israel. 70 countries attended the recent Paris Peace Summit and called on Israel and Palestinians to resume negotiations that would lead to a two-state solution, however the recent proposal by U.S President-elect Donald Trump to move the US embassy from Tel Aviv to Jerusalem and last month's U.N. Security Council resolution condemning Jewish settlement activity in the West Bank have contributed to continued uncertainty across the region. The ancient city of Jerusalem where Jews, Christians and Muslims have lived side by side for thousands of years and is home to the Al Aqsa Mosque compound or for Jews The Temple Mount, continues to be a focus as both Israelis and Palestinians claim the city as their capital. The Israeli-Palestinian conflict has continued since 1947 when Resolution 181 was passed by the United Nations, dividing Palestinian territories into Jewish and Arab states. The Israeli settlement program has continued to cause tension as new settlements continue to encroach on land within the Palestinian territories. The remaining Palestinian territory is made up of the West Bank and the Gaza strip. (Photo by Chris McGrath/Getty Images)