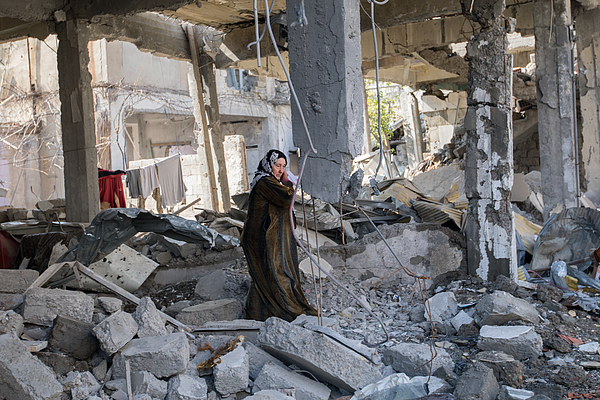 IS Conflict in Iraq

IS Conflict in Iraq

Kausar Muslim Muslim (67), Armenian Christian here in a ruin in Raqqa / Syria, which is her home, has survived both: the terrorist rule of the so-called Islamic State and the bombing of her home by air strikes during the liberation of the city. (Photo by Sebastian Backhaus/NurPhoto via Getty Images)