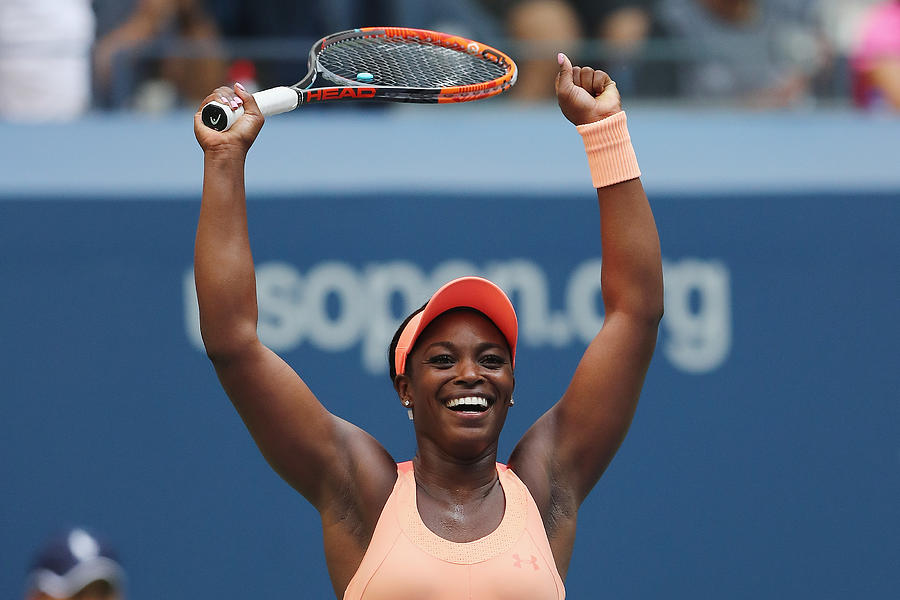 NEW YORK, NY - SEPTEMBER 05: Sloane Stephens of the United States reacts after defeating Anastasija Sevastova of Latvia during her Women's Singles Quarterfinal match on Day Nine of the 2017 US Open at the USTA Billie Jean King National Tennis Center on September 5, 2017 in the Flushing neighborhood of the Queens borough of New York City. (Photo by Elsa/Getty Images)