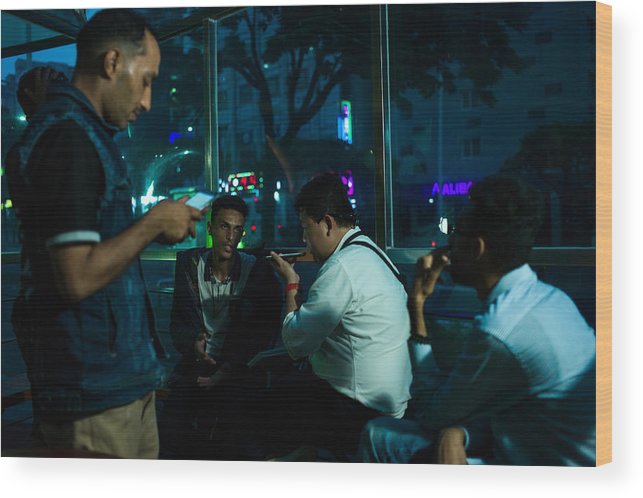 Yemeni refugees in Jeju island, South Korea wood print by NurPhoto.   Bring your artwork to life with the texture and added depth of a wood print. Your image gets printed directly onto a sheet of 3/4" thick maple wood. There are D-clips on the back of the print for mounting it to your wall using mounting hooks and nails (included).

Yemeni refugee applicants are interviewing with s Korean reporters at a hotel in Jeju on June 27 , 2018 in Jeju island, South Korea. The South Korea's immigration authorities initiated refugee recognition reviews for 486 Yemeni asylum seekers on Jeju Island, Tuesday, with the procedure expected to take up to eight months. 549 people who sought refugee in Korea after fleeing their homeland to escape the ongoing civil war. (Photo by Chris Jung/NurPhoto via Getty Images)Image provided by Getty Images.