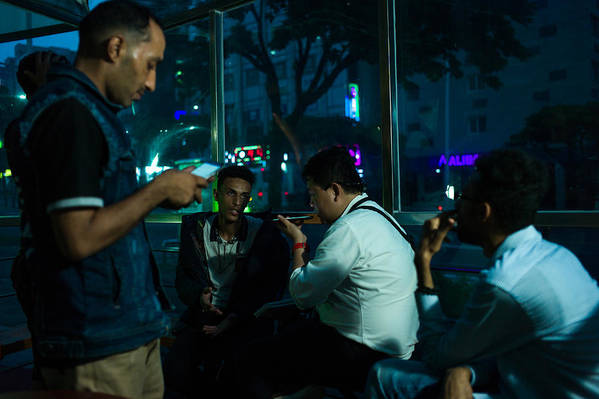 Yemeni refugees in Jeju island, South Korea art print by NurPhoto.   Our art prints are produced on acid-free papers using archival inks to guarantee that they last a lifetime without fading or loss of color. All art prints include a 1" white border around the image to allow for future framing and matting, if desired.

Yemeni refugee applicants are interviewing with s Korean reporters at a hotel in Jeju on June 27 , 2018 in Jeju island, South Korea. The South Korea's immigration authorities initiated refugee recognition reviews for 486 Yemeni asylum seekers on Jeju Island, Tuesday, with the procedure expected to take up to eight months. 549 people who sought refugee in Korea after fleeing their homeland to escape the ongoing civil war. (Photo by Chris Jung/NurPhoto via Getty Images)Image provided by Getty Images.