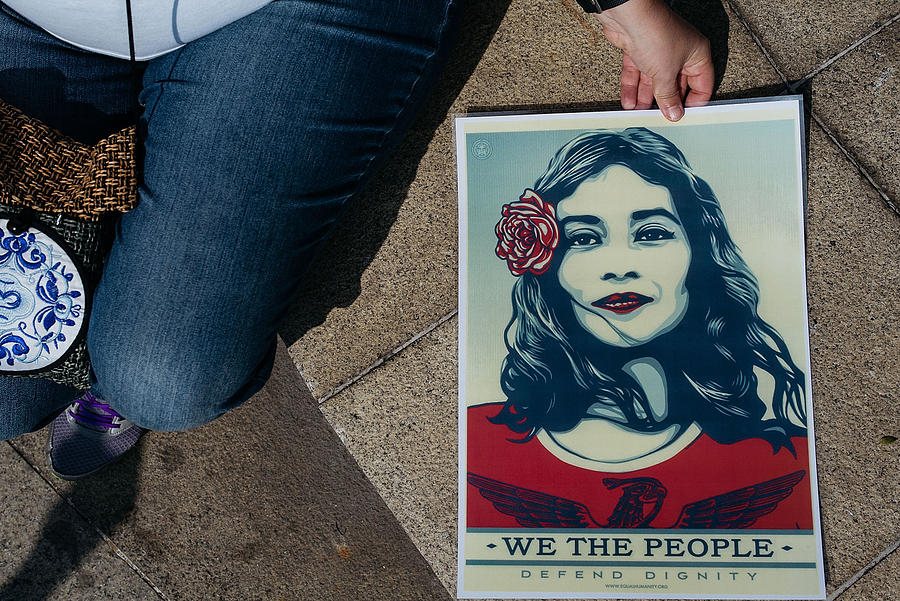 MACAU - JANUARY 21: Protesters hold placards as they take part at the Women's March rally on January 21, 2017 in Macau, Macau. The Women's March originated in Washington DC but soon spread to be a global march calling on all concerned citizens to stand up for equality, diversity and inclusion and for women's rights to be recognised around the world as human rights. Global marches are now being held, on the same day, across seven continents (Photo by Anthony Kwan/Getty Images)