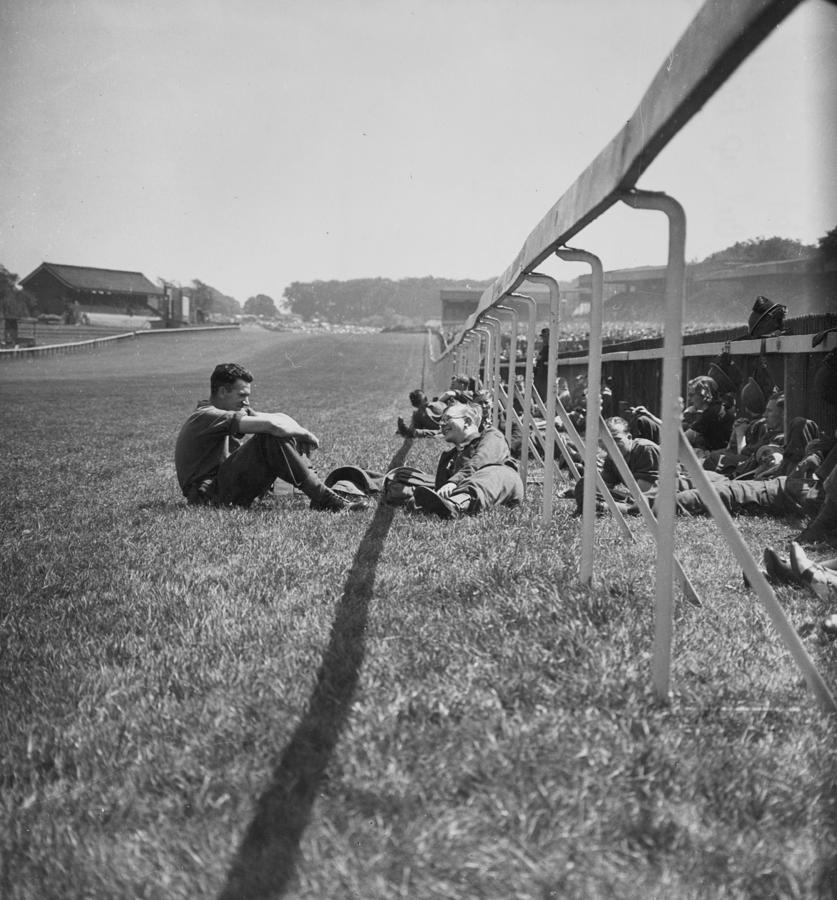 5th July 1941: Racegoers sit on the grass under the rails at a wartime Derby held at Newmarket instead of Epsom. This was to discourage absenteeism from vital warwork as it takes more petrol, which was rationed, to drive from London to Newmarket rather than to Epsom. Even so about 50,000 people saw Owen Tudor win. Original Publication: Picture Post - 792 - This Was A Wartime Derby - pub. 1941 (Photo by Bert Hardy/Picture Post/Getty Images)