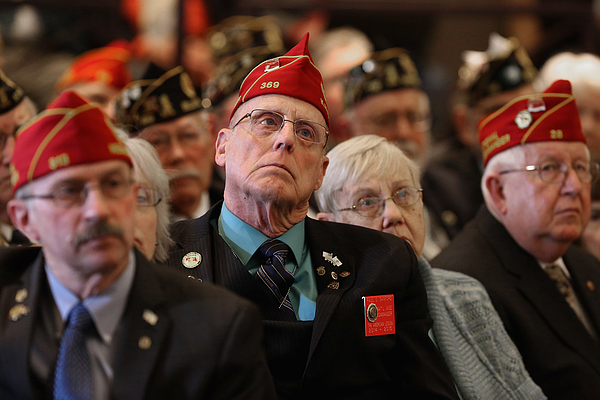 WASHINGTON, DC - FEBRUARY 24: Members of the American Legion listen to U.S. Veterans Affairs Secretary Robert McDonald apologize for misrepresenting his military record during the legion's annual conference at the Washington Hilton February 24, 2015 in Washington, DC. McDonald apologized for misrepresenting his military record by telling a homeless veteran in California that he had served in the U.S. Special Forces. McDonald trained to be an elite Army Ranger and served in the 82nd Airborne Division but did not serve in a special forces regiment. (Photo by Chip Somodevilla/Getty Images)