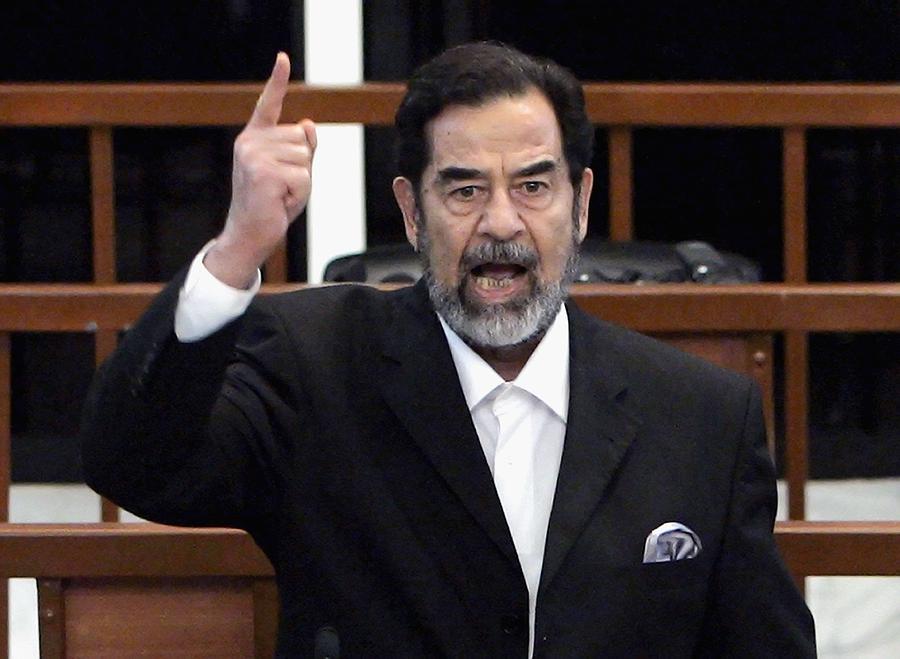 BAGHDAD, IRAQ - NOVEMBER 5: Former Iraqi President Saddam Hussein shouts as he receives his guilty verdict during his trial in the fortified 'green zone', on November 5, 2006 in Baghdad, Iraq. Hussein was found of guilty over his role in the killing of 148 people in the mainly Shia town of Dujail in 1982 and sentenced to death by hanging, along with 2 co-defendants. (Photo by David Furst-Pool/Getty Images)