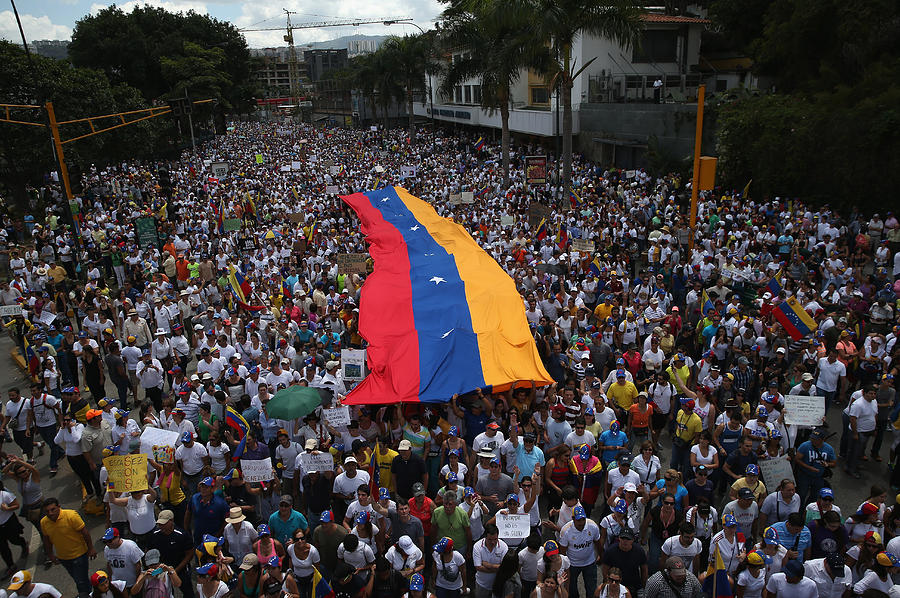 CARACAS, VENEZUELA - MARCH 02: Carrying a giant Venezuelan flag, thousands of anti-government protesters march during a mass demonstraiton on March 2, 2014 in Caracas, Venezuela. Venezuela has one of the highest inflation rates in the world, and opposition supporters have protested for almost three weeks, virtually paralyzing business in much of the country. (Photo by John Moore/Getty Images)