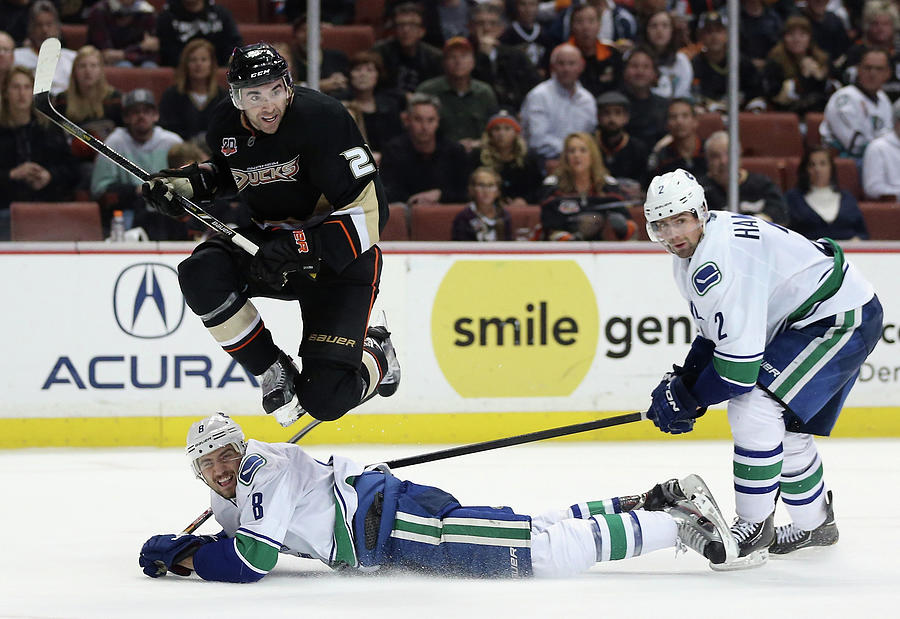 ANAHEIM, CA - JANUARY 05: Kyle Palmieri #21 of the Anaheim Ducks jumps to avoid Chris Tanev #8 of the Vancouver Canucks, as Dan Hamhuis #2 of the Canucks pursues the play in the third period at Honda Center on January 5, 2014 in Anaheim, California. The Ducks defeated the Canucks 4-3 in overtime. (Photo by Jeff Gross/Getty Images)