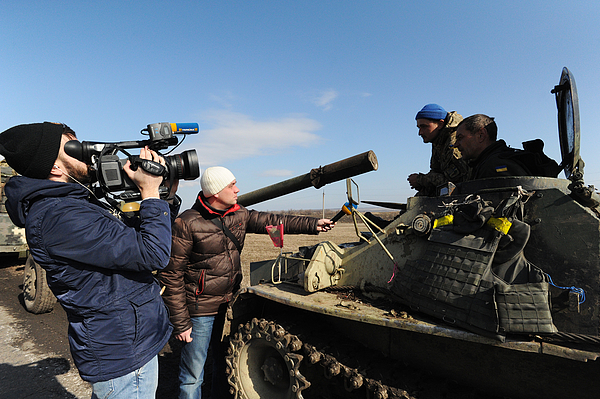 SOLEDAR, UKRAINE - FEBRUARY 27: Journalists film members of the Ukrainian Army as they withdraw 15, 100 mm caliber artillery guns in Soledar, eastern Ukraine, on February 27, 2015. In accordance with a February 12 ceasefire brokered by the leaders of Ukraine, Russia, Germany and France, Ukrainian forces and Russia-backed separatists agreed to stop fighting and withdraw heavy weapons from the frontlines of a conflict that has killed over 5,000 people in the past year. (Photo by Scott Peterson/Getty Images)