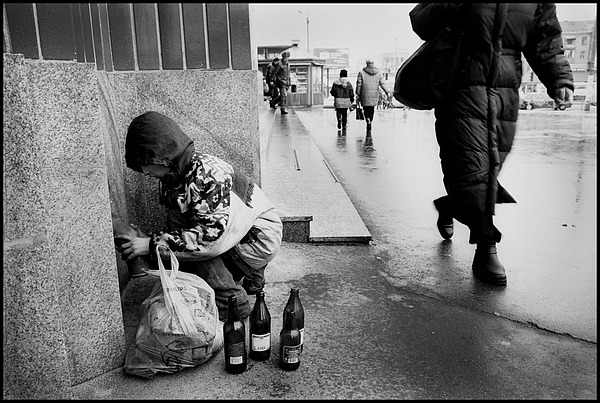 KIEV, UKRAINE - FEBRUARY: While the children are asleep Ruslana, 13, collects hidden bottles to be exchanged for cash. Originally from the Carpathians, Ruslana and her two siblings were abandoned at a rail station in Kiev three years ago as the family was moving to Russia. The children have been secretly saving money in hopes of travelling to Russia to find their sister who left no address or phone number. For many former communist countries, the painful transition to a free market economy is evident in the escalating number of homeless children. In Ukraine, a staggering 10% of the population consists of abandoned children. Many of these 800,000 children face abuse by the system, the mafia and each other. (Photo by Kurt Vinion /Getty Images)