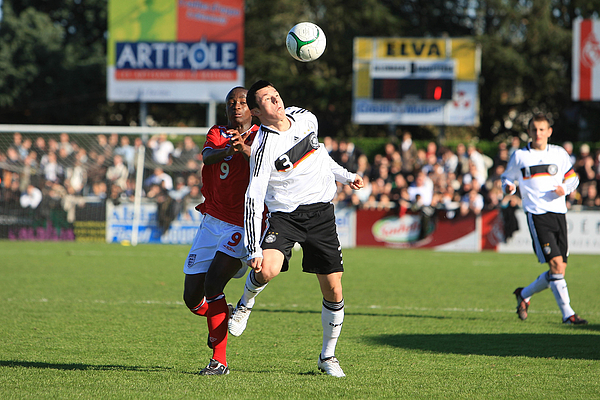 MONTAIGU, FRANCE- APRIL 13: Nico Schulz of Germany and Saido Bekahino of England battle for the ball during the U16 international friendly match between Germany and England at the Maxime Bossis stadium on April 13, 2009 in Montaigu, France. (Photo by Pierre Minier/Bongarts/Getty Images for DFB)