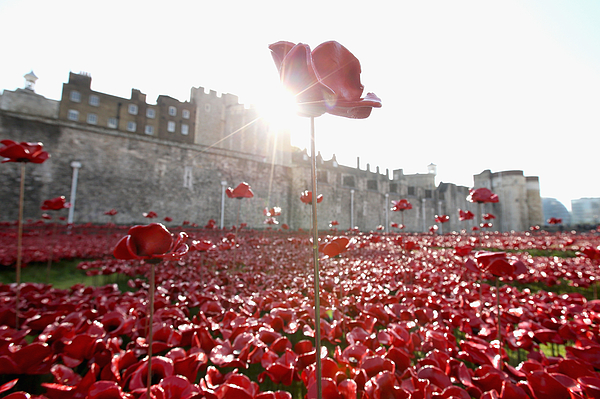 LONDON, ENGLAND - OCTOBER 09: A general view at the Blood Swept Lands and Seas of Red evolving art installation at the Tower of London on October 9, 2014 in London, England. Mr Humphreys was captured by the Germans on the bridge at Arnheim but escaped two days later. 888,246 poppies will be planted in the moat by volunteers with the last poppy being planted on the 11th November 2014. Each poppy represents a British or Colonial fatality in the First World War. The poppies are for sale with 10% plus all net proceeds going to six service charities. (Photo by Chris Jackson/Getty Images)