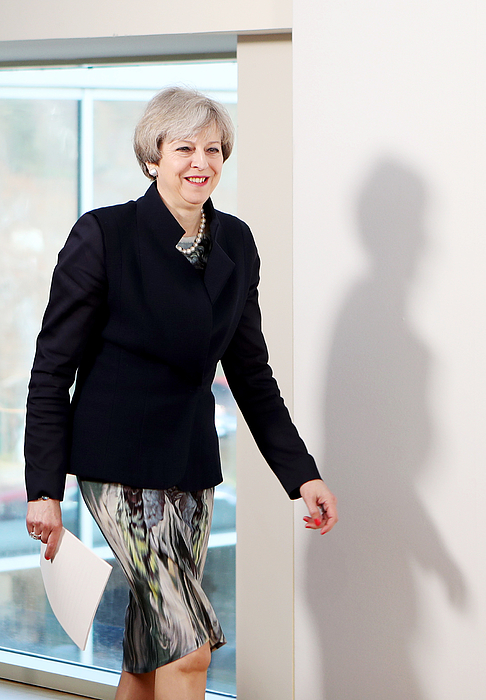 EAST KILBRIDE, SCOTLAND - MARCH 27: Prime Minister Theresa May delivers a speech at the Department for International Development's office at Abercrombie House on March 27, 2017 in East Kilbride, Scotland. The Prime Minister is in Scotland ahead of triggering Article 50 later in the week. (Photo by Jane Barlow - WPA Pool/Getty Images)