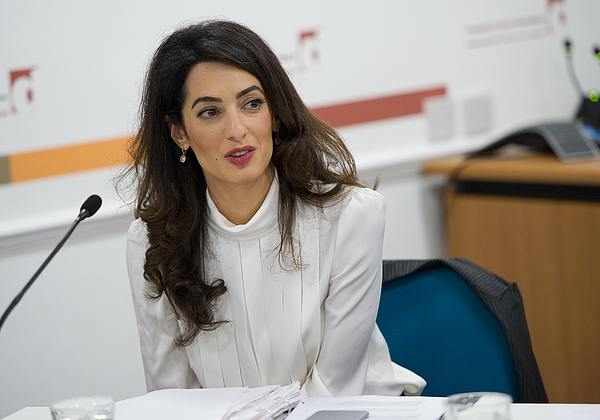 LONDON, ENGLAND - OCTOBER 05: Amal Clooney attends a press conference regarding the detention of Mohamed Nasheed, President of the Maldives at Doughty Street Chambers on October 5, 2015 in London, England. Clooney is part of an international legal team seeking to release Maldivian President Mohamed Nasheed after he was was jailed for 13 years. The UN have found Nasheed's detention in violation of international Law. (Photo by Eamonn M. McCormack/Getty Images)