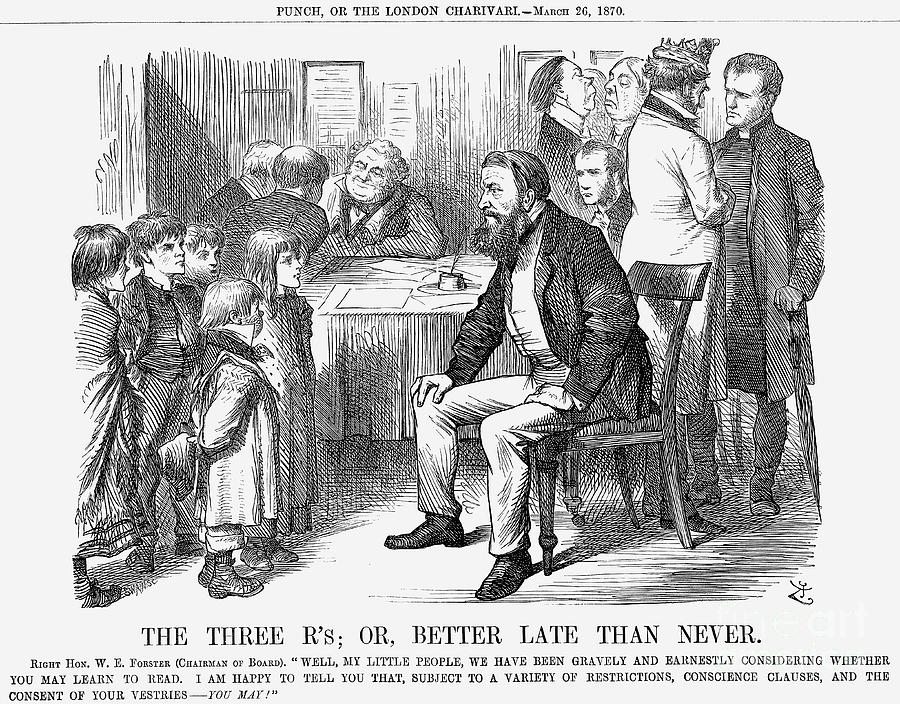 The Three Rs Or, Better Late Than

The Three Rs Or, Better Late Than

'The Three R's; Or, Better Late Than Never', 1870. In February 1870 Forster introduced his Elementary Education Bill in Parliament. This cartoon shows Mr Forster, Vice President of the Committee of Council upon Education addressing a group of working-class children. In the background, Mr Bull sits behind a table. To the right, what looks like the former PM, Lord Derby, is talking to a Church of England minister, whilst two representatives of the Nonconformists stand aloof with their noses in the air. This all relates to the introduction of the government bill to provide for public elementary education in England and Wales. The government had difficulty in maintaining support for this initiative. Nonconformists objected to the continued financial aid given to voluntary schools controlled by the Church of England. The Church of England, on the other hand, objected to the creation of the new Board Schools which were outside the control of the Church. From Punch, or the London Charivari, March 26, 1870. (Photo by The Cartoon Collector/Print Collector/Getty Images)