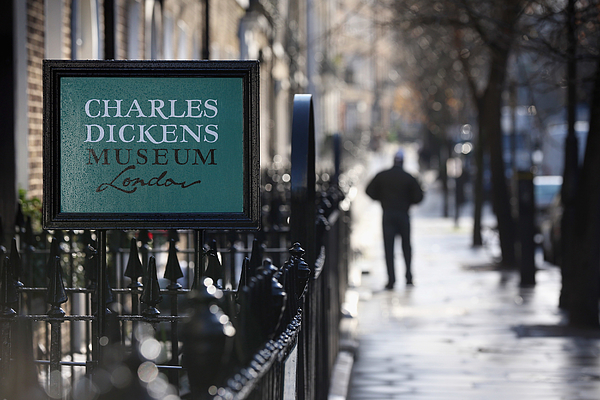 LONDON, ENGLAND - DECEMBER 07: An exterior view of the Charles Dickens Museum on December 7, 2012 in London, England. The museum will re-open to the public on December 10, 2012 following a major 3.1 million GBP refurbishment and expansion programme to celebrate Dickens' bicentenary year. The museum is located in Charles Dickens' house on Doughty Street where he lived from 1837 until 1839 and in which he wrote many novels including Oliver Twist and Nicholas Nickleby. (Photo by Oli Scarff/Getty Images)