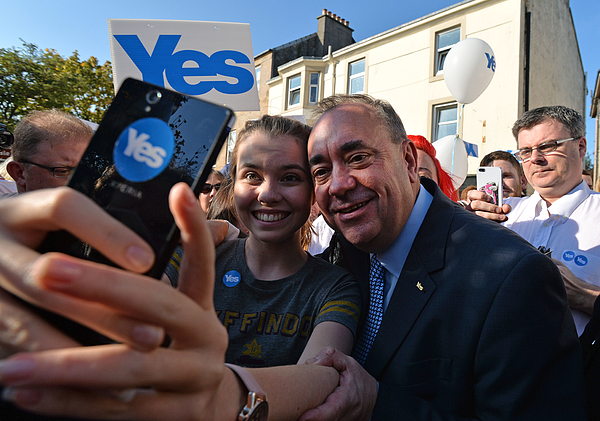 LARGS, SCOTLAND - SEPTEMBER 17: First Minister Alex Salmond (MSP), is surrounded by Yes Supporters asking for selfies during an event on the main street in the final day of campaigning for the Scottish referendum ahead of tomorrows historic vote on September 17, 2014 in Largs, Scotland. . The referendum debate has entered its final day of campaigning as the Scottish people prepare to go to the polls tomorrow to decide whether or not Scotland should have independence and break away from the United Kingdom. (Photo by Mark Runnacles/Getty Images)

There are no comments for The Final Day Of Campaigning For The Scottish Referendum Ahead Of Tomorrow's Historic Vote.   Click here to post the first comment.