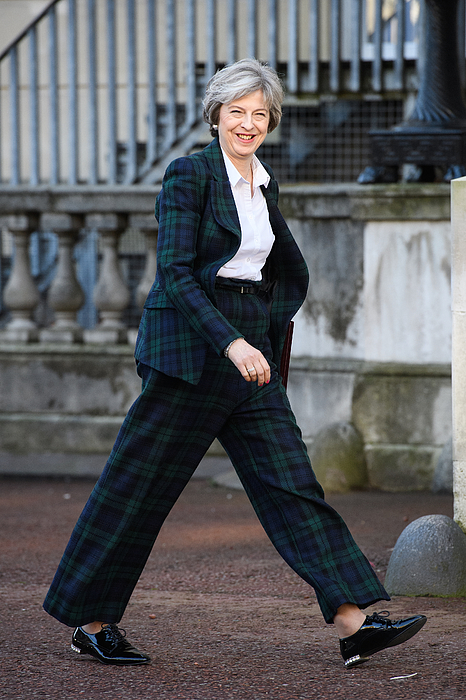 LONDON, ENGLAND - JANUARY 17: British Prime Minister Theresa May arrives to deliver her keynote speech on Brexit at Lancaster House on January 17, 2017 in London, England. It is widely expected that she will announce that the UK is to leave the single market. (Photo by Leon Neal - WPA Pool /Getty Images)