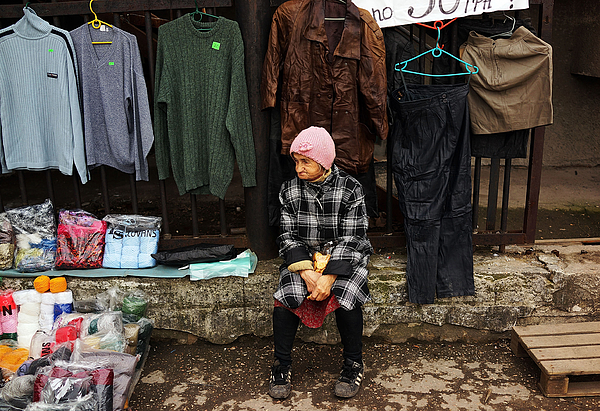 SIMFEROPOL, UKRAINE - MARCH 06: A woman sells merchandise in a market in the Crimean city of Simferopol on March 6, 2014 in Simferopol, Ukraine. As the standoff between the Russian military and Ukrainian forces continues in Ukraine's Crimean peninsula, world leaders are pushing for a diplomatic solution to the escalating situation. Crimean citizens will vote in a referendum on 16 March on whether to become part of the Russian federation. The United Nations reports that the poverty rate in Ukraine is now at around 25%, with a falling population in recent years due to both a low fertility rate and migration to other parts of Europe and America. (Photo by Spencer Platt/Getty Images)