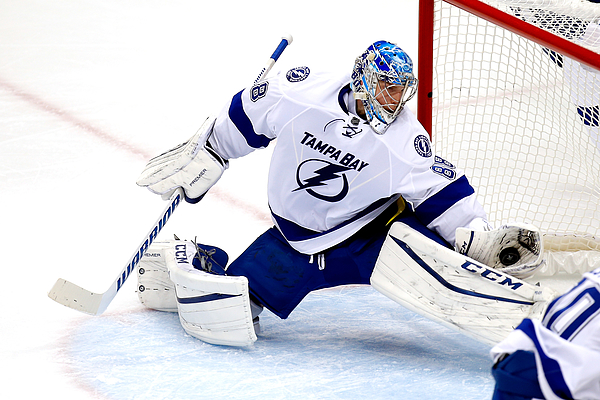 PITTSBURGH, PA - MAY 16: Andrei Vasilevskiy #88 of the Tampa Bay Lightning makes a glove save during the second period against the Pittsburgh Penguins in Game Two of the Eastern Conference Final during the 2016 NHL Stanley Cup Playoffs at the Consol Energy Center on May 16, 2016 in Pittsburgh, Pennsylvania. (Photo by Justin K. Aller/Getty Images)