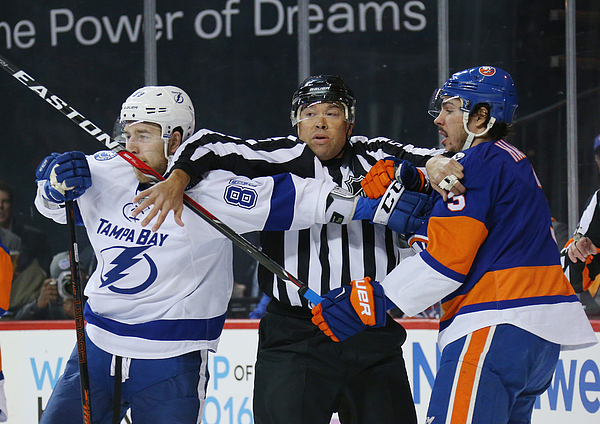 NEW YORK, NY - MAY 03: Linesman Jay Sharrers #57 gets between Tyler Johnson #9 of the Tampa Bay Lightning and Travis Hamonic #3 of the New York Islanders in Game Three of the Eastern Conference Second Round during the 2016 NHL Stanley Cup Playoffs at the Barclays Center on May 03, 2016 in the Brooklyn borough of New York City. The Lightning defeated the Islanders 5-4 in overtime. (Photo by Bruce Bennett/Getty Images)