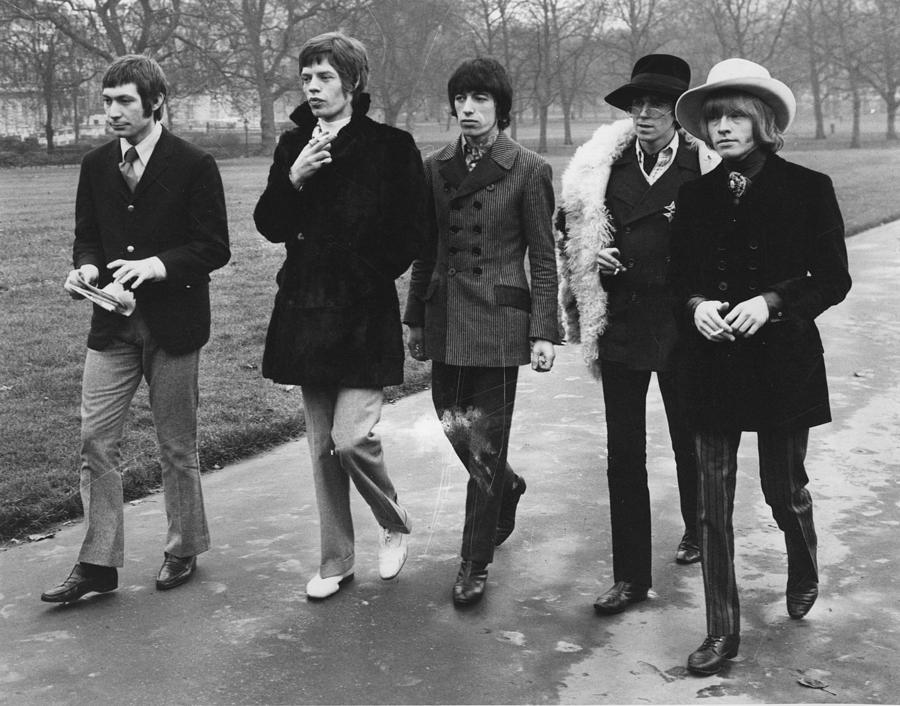 11th January 1967: The Rolling Stones walking in London's Green Park prior to their visit to the United States to appear on the Ed Sullivan show. They are, from left to right; Charlie Watts, Mick Jagger, Bill Wyman, Keith Richards and Brian Jones (1944 - 1969). (Photo by Keystone/Getty Images)