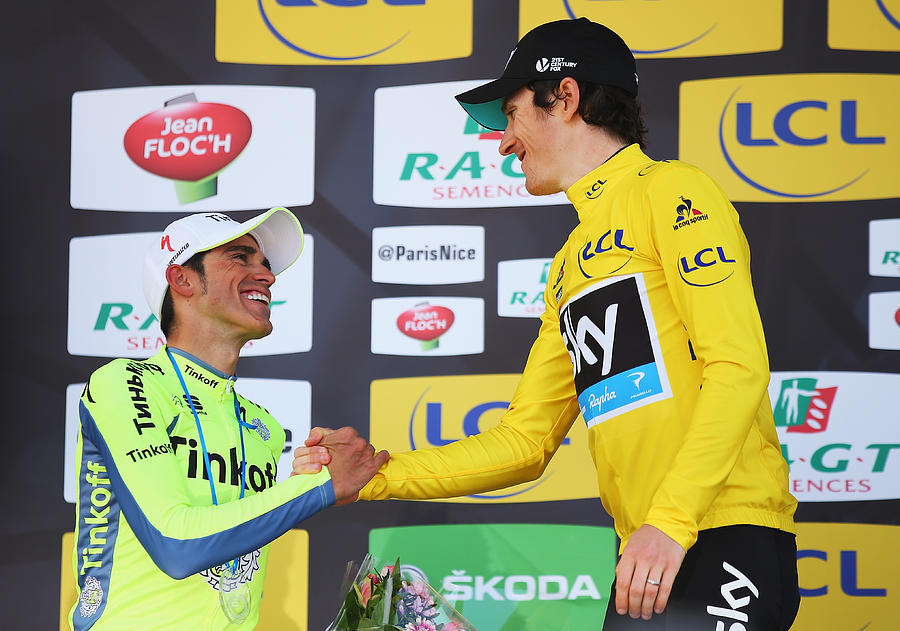 NICE, FRANCE - MARCH 13: Geraint Thomas (r) of Great Britain and Team Sky shakes hands with Alberto Contador of Spain and Tinkoff after winning the race following stage 7 of the 2016 Paris-Nice, the final stage of 134km, starting and finishing in the town of Nice on March 13, 2016 in Nice. (Photo by Bryn Lennon/Getty Images)