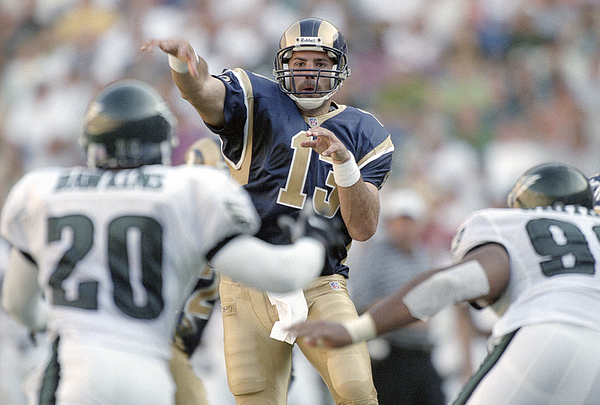 PHILADELPHIA - SEPTEMBER 9: Kurt Warner #13 of the St. Louis Rams throws a pass against the Philadelphia Eagles during an NFL football game September 9, 2001 at Veterans Stadium in Philadelphia, Pennsylvania. Warner played for the Rams from 1993-2003. (Photo by Focus on Sport/Getty Images)