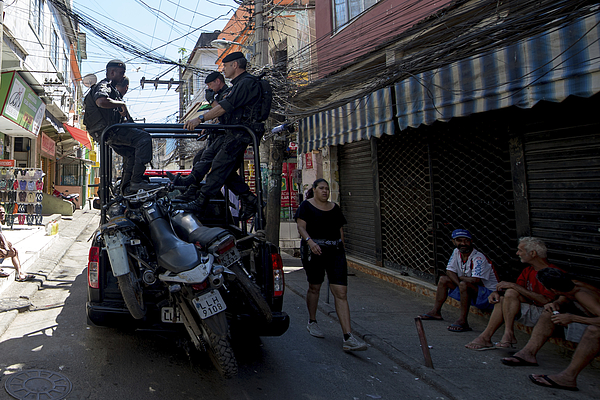 RIO DE JANEIRO, BRAZIL - OCTOBER 16: Police officers of the Special Police Operations Battalion (BOPE), occupy Jacarezinho slum on October 16, 2012 in Rio de Janeiro, Brazil. The introduction of the peacekeeping program in the region is part of efforts to crack down on crime and increase security as the city prepares to host the 2014 soccer World Cup and the 2016 Olympic Games. No conflicts between drug traffickers and the police have been reported so far. (Photo by Buda Mendes/LatinContent via Getty Images)