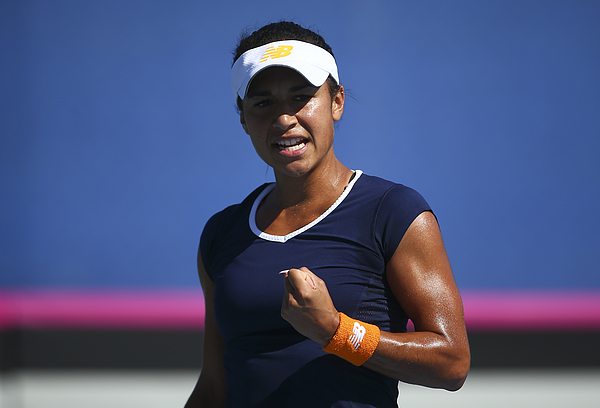 EILAT, ISRAEL - FEBRUARY 04: Heather Watson of Great Britain celebrates a point during her match against Chanel Simmonds of South Africa during the tie between South Africa and Great Britain on day two of the Fed Cup Europe/Africa Group One fixture at the Municipal Tennis Club on February 4, 2016 in Eilat, Israel. (Photo by Jordan Mansfield/Getty Images for LTA)