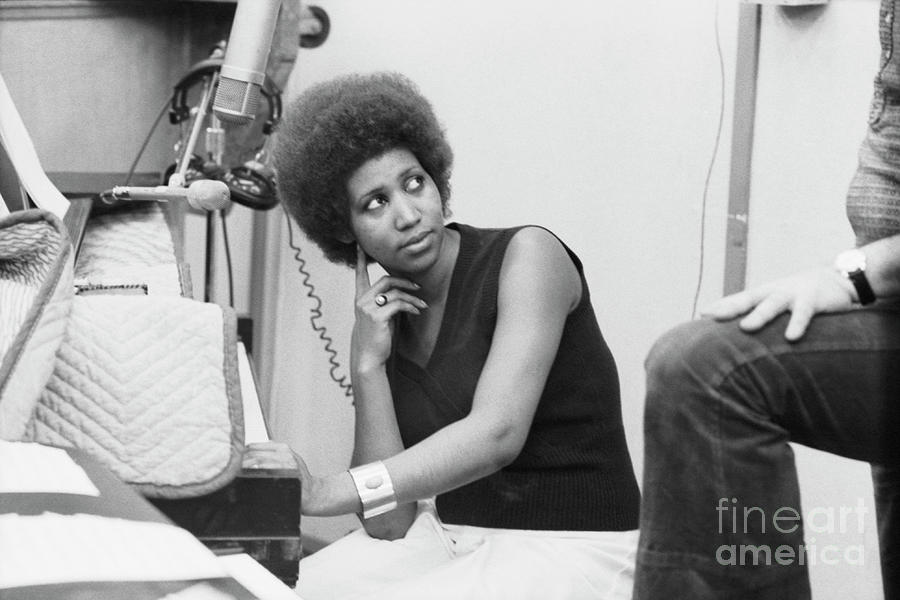 by The Estate Of David Gahr

The Estate Of David Gahr

NEW YORK - APRIL 24: American soul and gospel singer songwriter, pianist, and civil rights activist Aretha Franklin (Aretha Louise Franklin - March 25, 1942 - August 16, 2018) performs at the piano during a recording session at Atlantic Records' recording studios on April 24, 1973 in New York City, New York. Out of frame to Ms. Franklin's left is producer Jerry Wexler. Crowned the 'Queen of Soul' in the late 1960s, Aretha Franklin charted 112 singles, including 17 Top Ten singles, on the Billboard music charts over the course of her 50-plus years musical career. Aretha Franklin was the first female performer to be inducted into the Rock and Roll Hall of Fame in 1987, and was awarded both the National Medal of Arts and the Presidential Medal of Freedom. In 2009, Aretha Franklin performed at the inauguration of the first African-American elected President of the United States, Barack Obama. Ms. Franklin was posthumously awarded a Pulitzer Prize citation "for her indelible contribution to American music and culture for more than five decades." (Photo by David Gahr/Getty Images)