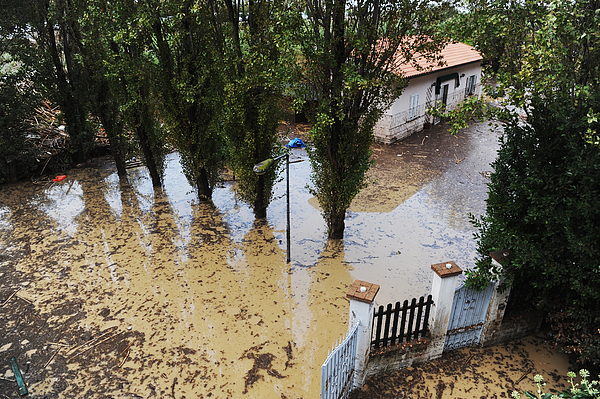 LIVORNO, ITALY - SEPTEMBER 10: Effects of the devastation caused by the storm are seen on September 10, 2017 in Livorno, Italy. Livorno in Central Italy was hit by a storm during the night. There are reported to be six dead and others missing. In six hours over 200 mm of rain has fallen causing landslides, mudslides and the flooding of various rivers. A family is said to have died in the basement of a building. (Photo by Laura Lezza/Getty Images)