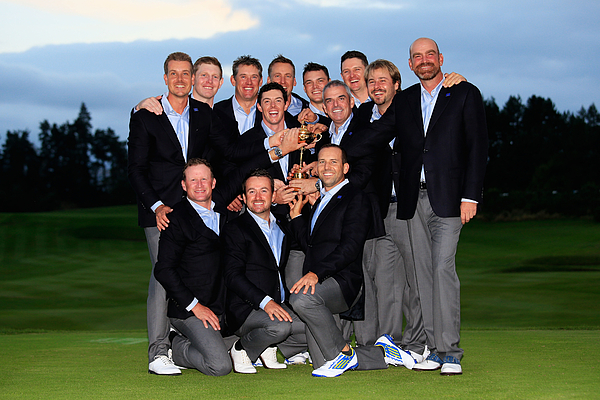 AUCHTERARDER, SCOTLAND - SEPTEMBER 28: Europe team captain Paul McGinley poses with the Ryder Cup trophy and his team after the Singles Matches of the 2014 Ryder Cup on the PGA Centenary course at the Gleneagles Hotel on September 28, 2014 in Auchterarder, Scotland. (Photo by Jamie Squire/Getty Images)